If you have visions of spending your retirement years on a sunny beach or in a sleepy, small town—you are not alone. Many retirees decide to pack up and relocate away from their primary residence when they’re no longer working.

Three in five Americans (60%) want to spend their retirement years in another city or state, according to recent research from Bankrate, which surveyed Americans on their most important factors when thinking of where to live in retirement.

Fewer than a quarter (25%) of people said being close to family is the most important factor in deciding where to retire. Meanwhile, 4 in 10 Americans said locales with access to mountains, rivers and other outdoor recreation would be most appealing, while just 25% prefer living near a beach.

Whether the move is to trade frigid winters for a warmer climate, or big city hustle and bustle for more tranquil surroundings, the reasons for relocating are as endless as the destinations to choose from for your retirement.

Whatever your reasons might be, not every place is retirement friendly and some can strain your savings more than you would think.

“There are many factors retirees should consider before deciding where to put down their roots,” said Bankrate.com Research and Statistics Analyst Chris Kahn. “Warm weather may be an initial draw, but all the sunny days in the world won’t make you happy if you’re constantly stretching your budget or don’t have access to quality health care.”

To give retirees some insight into which places might be better well-suited for retirement than others, Bankrate ranked The Worst States for Retirement.

Sources: Bankrate.com; Agency for Healthcare Research and Quality; Healthways; the Council for Community and Economic Research; the FBI; the Tax Foundation; and the National Oceanic and Atmospheric Administration

While the top-10 (or bottom-10) states seems like a random grouping of places, it is important to note that not each one of these states is “all bad.” Where some states lack in one department, say poorer health care, they might redeem themselves in other criteria.

For example, Arkansas scores well for having a low cost of living (ranked 8) which is appealing for retirement. However,  it scored poorly for weather (30), crime (45), health care (44), taxes and well-being (47).

That being said, the analysis is meant to help inform rather than choose a state for retiree’s, said Kahn.

“Deciding where to live in the golden years is still a very personal decision,” he said. “For example, if you want to retire on the beach and need top-notch health care, this can help narrow down your choices.”

While there are many different factors to consider when planning a move, some are more important than others.

The primary consideration for anyone contemplating a change of scenery—retiree or not—is usually the cost of living, says John Shearman, principal of IV Lions, a financial advisory firm based in the San Francisco Bay Area.

In California, Shearmen notes that he often sees retirees “making the jump to reduce the cost of living,” particularly when moving from high-cost areas like San Francisco or Los Angeles to less expensive cities like Sacramento, for example.

“The primary consideration is usually cost of living, but it does depend on why and where you’re moving,” he says. “If you’re moving interstate, the first thing you want to think about is taxes—whether it is tax-friendly where you’re going.”

Property taxes have a great influence on the cost of living in a certain place. Since they vary from state-to-state, one place might mean paying more in annual property taxes than another.

Take San Francisco, for example, where property taxes are about 1.25%. On a $1 million house, you would pay $12,500 a year on annual property taxes. This tax bill can take out a substantial chunk out of a retired person’s savings.

Retirement Calculator: What Can You Afford? >>

For a retired person living in the area, whose average income can range anywhere between $50,000 to $60,000, paying more than $12,000 a year in property taxes is a “massive haircut,” Shearman says.

For a place like Wyoming, which ranked with the best tax rate in Bankrate’s analysis, property taxes are measured by a “fractional assessment.” This means property tax applies to only a fraction of the property’s full market value.

Because of these nuances among state property tax policies, it is important to do some research to get a better sense of how much living in a certain place will weigh on your savings.

That research can be something as simple as looking up statistics and other data on the Internet or even by spending time in that place during the summer, Shearman says.

“You want to be acutely aware of the cost of living barometers that can tell you if you’re moving into an expensive area or less-expensive area than before,” he says. “These are always the kinds of things you want to get right, and they take a bit of research. Spending time in the area before you move there is definitely worthwhile.”

The Best Places to Retire?

To help you figure out the best place for you to retire, you will probably want to use a Retirement Calculator to help inform what you can afford and what is important to you.  The NewRetirement Online Retirement Calculator will give you a lot of information that can help you make the best decision possible.  This is one of the few resources that helps you think about your home equity and where to retire as important resources for retirement planning.

9 Things You Need to Know About the New Medicare Cards

Social Security Leveling: What is It? Is it Better than a Traditional Pension Payout Option? 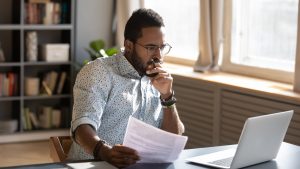 Pros and Cons of ETFs: Are Exchange Traded Funds a Good Retirement Investment?