NewRetirement
/
Medicare and Health Insurance
/
9 Surprising and Dirty Secrets About Long-Term Care, Medicaid, and Your Retirement

9 Surprising and Dirty Secrets About Long-Term Care, Medicaid, and Your Retirement

Medicare and Medicaid have been in the news for several years as a debate rages in the Federal government about a possible budget shortfall in the programs and how to fund them. Here are nine things you might not know about Medicaid and your chances of needing it in the future.

1. You Have a High Percentage Chance of Winding Up on Medicaid

About 70% of people who turn age 65 will need some type of long-term care in their lifetime, according to the U.S. Department of Health and Human Services.

However, very few of us are ready to pay for that care. In fact, a full 64% of all nursing home residents are covered by Medicaid.

2. Long-Term Care is Even More Expensive than You Think

Genworth found that Americans underestimate the cost of long-term care by a full 50%.

Costs vary dramatically nationwide, but Genworth’s study estimates the medical annual costs of long-term care, as of 2019, to be:

3. Even Well Prepared Retirees End Up on Medicaid

Long-term care costs are so high that it is common for retirees who have hundreds of thousands in retirement savings to spend everything they have left on healthcare and still need Medicaid in the years before they die.

The total costs incurred by an individual will vary depending on the length of time long-term care is required.

According to the Center on Budget and Policy Priorities, the bulk of entitlement program spending goes to the middle class. These are not programs that are for the poor. Fifty eight percent of all entitlement spending (Social Security, Medicare, and Medicaid) goes to payments to the middle 60% of the U.S. population.

4. Need for Services Will Double and the US is Not Prepared to Fund these Costs

As baby boomers retire, record numbers of retirees are expected to require long-term care services and also qualify for Medicaid.

The Bipartisan Policy Center says that the number of Americans needing long-term support is expected to be more than double by 2050. In 2010, there were 12 million needing support. By 2050, that number will be 27 million.

5. It is Legal to Manipulate Your Finances to Qualify for Medicaid

Qualification for Medicaid varies from state to state.

However, the basics of qualification are fairly universal. You generally qualify for Medicaid when you have run through your assets and have income that is somewhere around less than $2,349 a month. It is also important to note that neither the value of your home nor your home equity count for qualification.

To accelerate Medicaid qualification, some retirees work with legal and financial specialists to gift money to family members, purchase annuities, put money into different kinds of trusts, and do various other tricks to shield assets from being part of the Medicaid calculations.

Sometimes these strategies need to be deployed years and years ahead of applying for the Medicaid program.

6. Medicaid Planning is an Industry

There are a cadre of lawyers, consultants, and advisors who help retirees manipulate their finances so that they can qualify for Medicaid and avoid spending their own money on assisted living or other long-term care options.

7. Many Consider it Unethical to Manipulate Finances to Qualify for Medicaid

There is significant debate about whether or not it is ethical to manipulate your own finances to qualify for Medicaid sooner rather than later.

K. Gabriel Heiser is a lawyer and author of ebooks that outline Medicaid planning strategies. He is quoted in the New York Times saying that “he’s heard from colleagues over the years who wanted no part of this work. This confused him, he said in an interview this week, given that many of them handled estate planning for wealthier clients. There, they helped people avoid paying millions to the government, whereas Mr. Heiser’s work merely helps clients get the government to pay a few hundred thousand for care on their behalf.”

8. It Can Be Difficult to Financially Qualify for Many Long-Term Care Facilities – With or Without Medicaid

Not everyone knows that you must pass a financial assessment to be admitted into many long-term care facilities.

These homes want and need to know that you have the financial resources to pay for their services now and well into the future.

And, many homes do not accept Medicaid at all – the funding from Medicaid does not nearly cover their costs.

9. If You Use Medicaid, Officials May Tap Your Estate After Your Death

Another big secret about Medicaid is that if you received Medicaid, state officials can go after your estate after your death for repayment of services.

Reading this article and understanding all of the various costs associated with healthcare and aging is a good start to prepare for long-term care need.

While retirement financial planning may seem overwhelming, there are numerous options for dealing with the seemingly impossibilities of having enough money. Here are a few resources:

The NewRetirement retirement planning calculator is different. You can model different ways of planning for and funding a long-term care need.

Start by entering some basic information and get some initial feedback on where you stand. Then, you can add more detail and really get an accurate estimate for how much you need and can try an infinite number of scenarios.

This tool was recently named a best retirement calculator by the American Association of Individual Investors (AAII) and called a “new approach to retirement planning,” by Forbes Magazine. 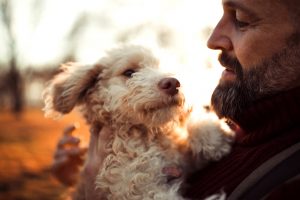 Over Saving for Retirement: Advice from Real People Who May Have Saved Too Much 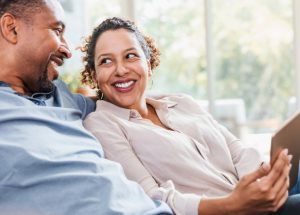 How Do You Compare? Average Cash, Savings, Home Equity and Other Balances 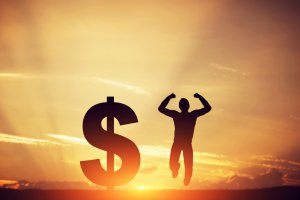 3 Steps to a Million Dollar Retirement 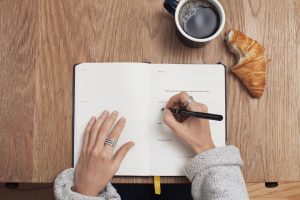