NewRetirement
/
Housing and Home Equity
/
Is it Okay to Retire with Mortgage Debt?

Is it Okay to Retire with Mortgage Debt? When it comes to older adults and homeownership, there’s good news and bad news, suggests a new federal report that shines a light on a growing debt problem.

The good news is that the 65+ demographic has the highest homeownership rate in the United States of any age group.

The bad news: more and more of those homeowners are carrying mortgage debt into retirement, and the amount of debt is rising, too, according to a new report released by the Consumer Financial Protection Bureau.

“Rising mortgage debt is threatening the retirement security of millions of older Americans,” says the “Snapshot of Older Consumers and Mortgage Debt” report. “In general, older consumers are carrying more debt, including mortgage, credit card, and even student loan debt, into their retirement years than in previous decades.”

Mortgage debt is the “key driver” of senior indebtedness, says the CFPB. There are around 41.4 million Americans age 65 or older, and 80% of them own a home. But fewer older Americans own their homes outright these days.

“Our analysis shows that while the rate of homeownership has remained constant over the last decade, the number of older homeowners holding mortgages has increased,” says the CFPB in the report. The situation is especially bad for the 75+ crowd. The proportion of consumers with mortgages in this age range more than doubled from 8.4% to 21.2% between 2001 and 2011, according to Federal Reserve data cited by the CFPB.

Having mortgage debt is not the only issue. Not only are increasing numbers of older homeowners still making mortgage payments, but the amount they owe is getting bigger, too.

Needing to make mortgage payments late into life isn’t preferable to most, especially if you’re retired. But this trend has another downside: a negative impact on net wealth.

“[A]s a result of carrying increased mortgage debt, many older Americans have accrued less home equity than their age group did a decade ago,” the CFPB found. “Less home equity means less accumulated net wealth for many consumers.”

There are about 4.4 million retired homeowners with mortgage debt, and making monthly mortgage payments in addition to paying other monthly expenses can be a hardship, the report says.

What can you do?

If you’re one of those homeowners with mortgage debt, here’s something to consider: taking out a reverse mortgage, available to homeowners age 62 and older.

The federally-insured Home Equity Conversion Mortgage program allows you to tap into your home equity in the form of a loan. One of the program requirements is that you must pay off existing mortgage debt.

By getting a reverse mortgage, you can use your loan proceeds to repay your “forward” mortgage and eliminate your monthly mortgage payments. Depending on your situation you may even have money left over. Use our reverse mortgage calculator to find out how much you could qualify to receive.

Have any questions? Contact one of our pre-screened reverse mortgage specialists today.

Podcast: Kevin Hanney — The Past, Present and Future of Pensions 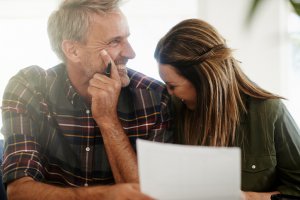 Which Are the Most Tax Friendly States for Retirees 2020? 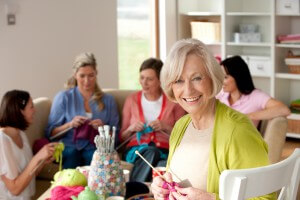 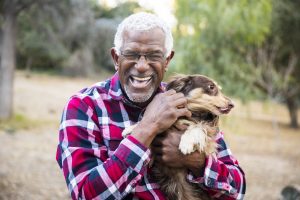