Simple Living in Retirement: A Happy Retirement is the Ultimate Luxury

There’s a trend in retirement, and it’s not the luxurious life dripping with luxury vehicles and champagne breakfasts. A simpler and more modest approach has started to gain on the desire for more and bigger things. It’s a scaled down lifestyle where fewer possessions and worries mean more life satisfaction, and it’s attainable on a modest retirement income.

The trend toward downsizing and casting off unnecessary luxuries might have its roots in the Great Recession of 2007–2009. Its effects were broad and sweeping, as you probably remember. Many people suffered financial losses, and many are still recovering from it. Or, it might simply mirror the pared down lifestyle trends in other age groups.

Living simply may be the key to happiness – which is the ultimate luxury.

Whatever the reason, it’s good news for retirees. You may think that you haven’t saved nearly enough for retirement, or maybe keeping risky investments just makes you uneasy no matter how high the returns. With an adjusted course, you could get out of the race car that’s blistering toward retirement and into a comfortable sedan to enjoy both now and later a lot more.

It’s no longer a question, but a documented truth: Americans are living longer and healthier lives. Because of this, living arrangements in retirement require more planning than before. Twenty or more years ago, it might have been a non-issue. You’d live in your home until or unless you couldn’t, and then other arrangements would be made for care or living with family.

Now, it’s it likely that your retirement will last as long, or nearly so, as your working years. According to a study by Merrill Lynch, you should plan for a retirement that lasts between 20 and 40 years.

Because most retirees have paid off their homes, they have choices. Most people who responded to the 2014 study explained that they currently live in the “best home of their lives.”

If affordable and comfortable, you could stay put and enjoy that home. If you want to stay in the home, but need extra money, a reverse mortgage is a viable option. Downsizing is another possibility. The Merrill Lynch study says 51 percent of retirees opt to relocate to a smaller home with fewer worries – hopefully cashing in money to help make ends meet.

Retirement Calculator: Can Downsizing Help You?

The big reasons for downsizing are probably no surprise. First is saving money. A smaller home in good condition costs less to run. It has lower utilities, less upkeep, and probably a smaller tax bill. And if you sell a larger home with lots of equity, you might be positioned to pay cash for a modest home and have some left over.

Adjusted Financial Goals – Simple Living, But Have Enough for Peace of Mind

The Merrill Lynch study continues and delves into exactly what Americans are reaching for with retirement savings. No longer is the goal to amass as much money as possible or even to retire early. Researchers explain that 88 percent of pre-retirees and retirees want to save enough, but that’s not because they want to be rich. It’s just for peace of mind.

By way of explanation for this shift, which is radically different from the golden 80s, the study suggests that the recession is likely a major factor. Americans saw and sometimes learned firsthand how aggressive investing can sometimes be dangerous. So instead of aiming for the stars and trusting that tomorrow would be as sound as today, more retirees stepped back and looked at those million-dollar retirement savings goals with a questioning eye.

While longer lifespans might have caused retirees to dream bigger and take more risks hoping for the payout, it seems to have had a slightly different effect. Conservative strategies are much more common than risky ones now. The study explains that 74 percent of participants want at least some investment that guarantees a retirement income, such as an annuity. And 73 percent worry about investments losing value. Conversely, only 21 percent are interested in taking big risks in the hopes of great rewards.

Retirement Calculator: Do You Have Enough?

A lifetime of saving responsibly and living modestly means that you could continue the same modest lifestyle throughout retirement. But even with a generous income, expensive lifestyle and aggressive savings now, fundamental math says your savings will last a lot longer if you reel it in once you’re no longer in the workforce.

A significant number of retirees are spending less than researchers predicted, and only a tiny portion spend more than they did before retiring. This could be another holdover from the recession, and it’s likely due in part to fear of one day running out of money. The National Institute on Aging conducted a study that shows this trend is throughout the US, and it’s also common in the United Kingdom.

Nearly 45 percent of retirees spent less on travel than they did before retirement, according to the study. And 60 percent spent less on clothing. Only 6.6 percent spent more. Where meals are concerned, 40.4 percent reported that they spend more modestly.

Vehicles and homes showed significant cutbacks, and those are areas with a major impact on savings: 37.1 percent downsized and 45.5 percent either stayed in their pre-retirement home or spent about the same. Almost no one upgraded. And 29 percent reduced vehicle spending. Entertainment showed a 44.4 decrease in spending. Only 10 percent increased what they spent on hobbies, entertainment, and sports.

What’s interesting is that even with modest living, the overwhelming majority of retirees report being perfectly satisfied and only a tiny portion are not. The National Institute on Aging’s study revealed that:

Some retirees, such as retired teacher Priscilla Kleinman, live modestly because they have to. She explained to Bankrate’s Sonya Stinson that going from 2,200 square feet to about 900 wasn’t difficult, but she wishes for something more permanent. A mother-in-law apartment at her daughter’s home would be ideal.

Some live modestly because they want to. Bankrate goes on to explain that the “tiny home” trend isn’t going away, at least not yet. And it’s not as new as it seems. Tiny Homes: Simple Shelter editor in chief Lloyd Khan explained to Stinson that it’s a “throwback to the late 60s and early 70s.” More people want to scale back, not expand.

The trends are everywhere and color nearly every facet of life: A glamorous retirement isn’t appealing, at least not the way that it used to be. What’s more important is security and peace of mind that comes from not running out of money. That’s the new brass ring.

If you think it’s time to reevaluate your retirement income goals, try New Retirement’s retirement calculator. In just a few minutes, you could be on your way to a whole new plan where modest living and peace of mind are the most important things. 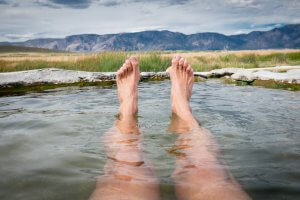 Is Your Retirement on FIRE (Financial Independence Retirement Early)? 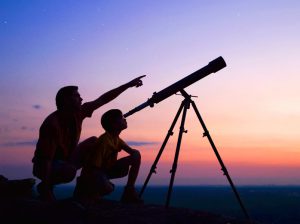 Prepare for Life After Retirement: 6 Ways to Find Meaning and Purpose for this Stage of Life 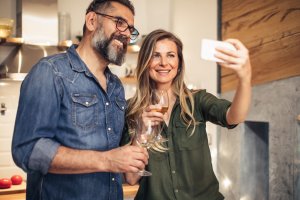 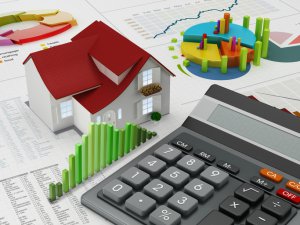