8 Retirement Costs Overlooked by a Majority of Americans

Key retirement costs are being overlooked by the clear majority of Americans. (Probably not you though, especially if you are a NewRetirement Planner subscriber, but, keep reading to make sure.) 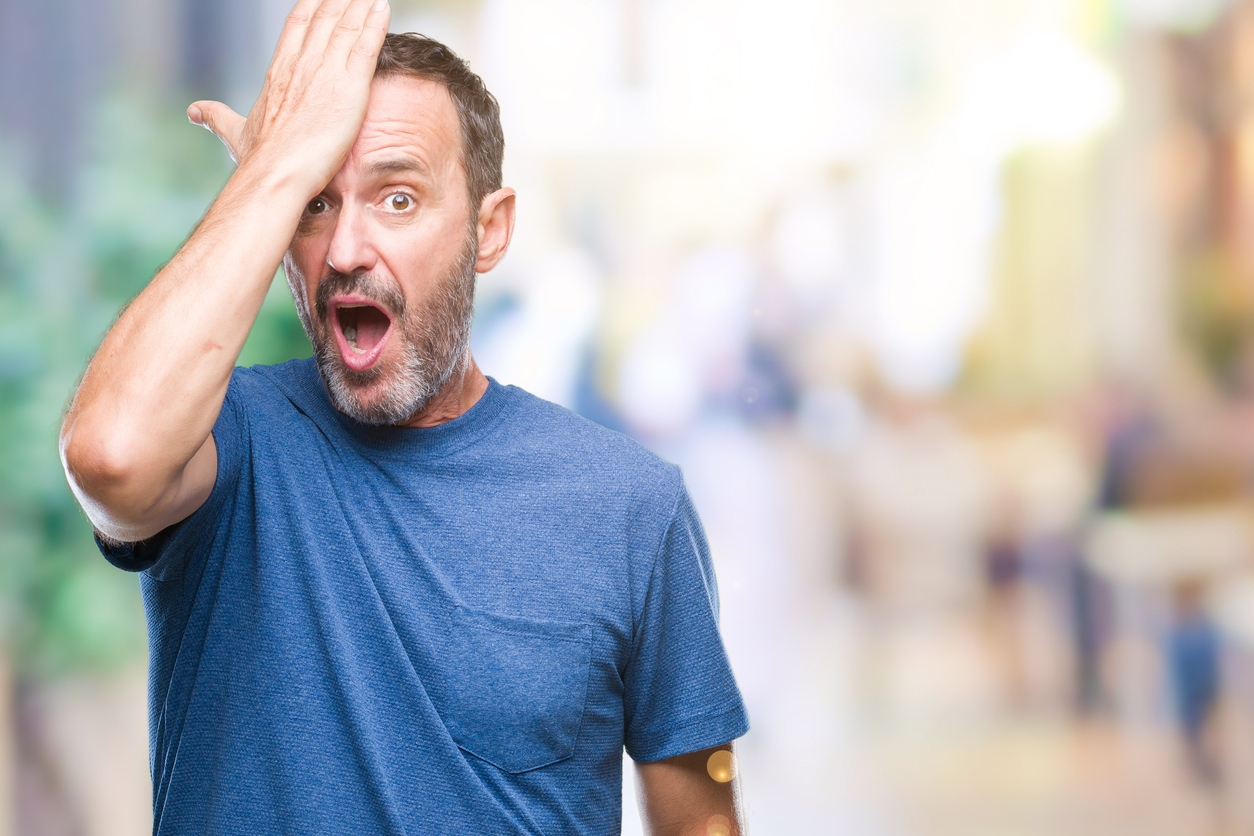 According to a 2020 survey by the Employee Benefit Research Institute (EBRI), fewer than 4 in 10 Americans “have planned for emergency expenses or calculated how much is needed to cover health expenses” in retirement.

What’s more, a study by the Transamerica Center for Retirement Studies (TCRS) found that less than half of respondents have considered ongoing healthcare costs, inflation, long-term care needs and tax planning. Furthermore, more than 90% have overlooked the risks of needing to retire sooner than expected or having a savings shortfall.

Here is a full rundown of the top eight critical but overlooked costs in retirement planning – and what to do about them.

Inflation can be a big deal — especially after retirement when your income won’t keep pace with the increased costs of goods and services.

For much of the 20th century, inflation was the specter that haunted economists and governments. The economist Hans F. Sennholz said, “of all injustice, inflation is one of the greatest as it devours the possessions of millions of hard-working people.”

People in their 50s and 60s remember the “stagflation” of the 1970s when prices rose 20 percent over the course of the decade. It was a bad time for savers, pensioners and people on fixed incomes who saw their real buying power evaporate.

But inflation over the last ten to fifteen years has not looked like the inflation in our collective memory. So many people think it’s no longer a problem. The cost of most everyday goods and services as measured by the Consumer Price Index (CPI) has stayed low since the turn of the century. 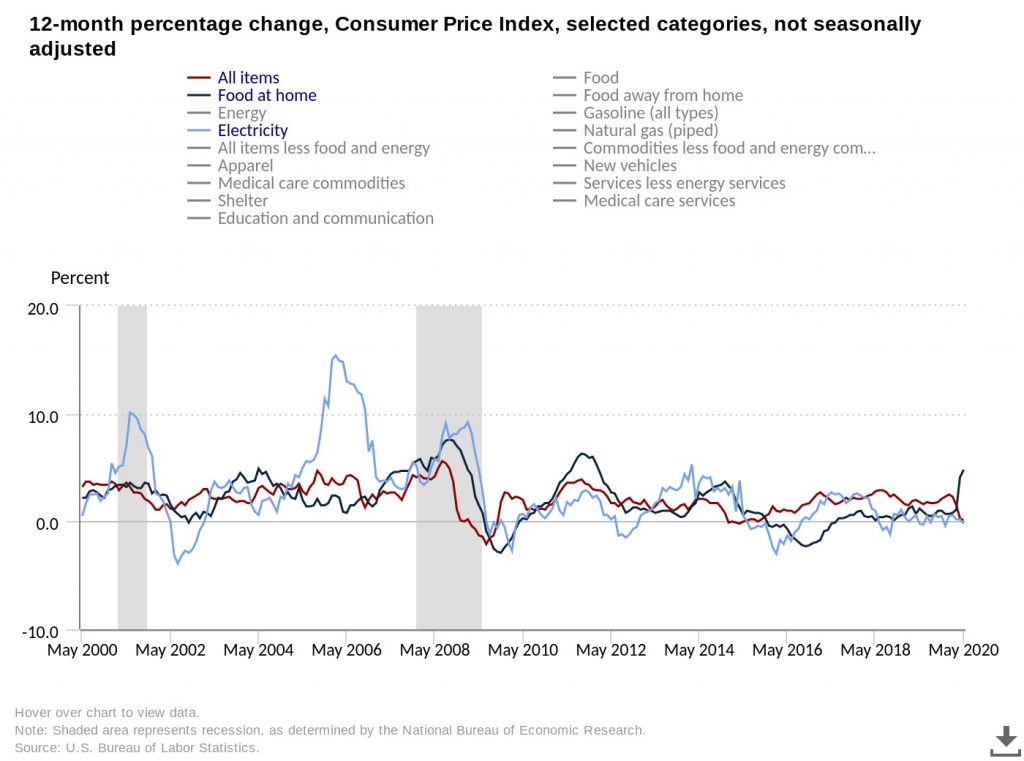 Much of the increase is due to the Federal Reserve Bank’s policy of quantitative easing after the Great Recession. That rise in the money supply didn’t create price inflation, but it did create asset inflation. The value of stock portfolios zoomed into the stratosphere, and real estate in valuable markets became so expensive it was out of reach for most homebuyers.

In hindsight, the best strategy for savers since 2009 has been to put all their money into stocks and buy a home in San Francisco or New York. Meanwhile, the costs of medical care, college educations and childcare have exploded, putting pressure on younger savers who still have dependent children or parents with chronic health issues.

Just Because Inflation Has Been Low, Does NOT Mean it Will Stay Low

There are reasons for retirement planners to be wary. Inflation is unlikely to stay low forever.

Furthermore, the COVID-19 disaster has brought on a new wave of government borrowing and another dramatic increase in the money supply. It’s too soon to tell how that infusion of money will affect the real economy, but more than likely, it won’t be exactly the same as in the recent past:

How to Plan for Inflation Costs

Retirees should be prepared for several different scenarios and have a balanced portfolio with a mix of safe and risky assets – and a lot of dry powder to put to work when investment opportunities arise.

Consider these examples, if the inflation rate is 3%

The NewRetirement Retirement Planner does these calculations for you. The system takes hundreds of inputs and creates reliable projections.

You can input optimistic and pessimistic rates for:

Though you may have stopped punching a clock at work, time marches on in retirement. If you own a home or a car, you’ll have to maintain those assets, just like you did before. The roof will need work at least one more time, and you could roll another 50,000 miles on your car.

Unfortunately, calculating future maintenance costs is more difficult than figuring out the depreciation of your property and its replacement value. Accidents are also a future hazard, and with the increase in extreme weather events around the world, you can bet trees will blow down, rains will erode your foundations and extremes of hot and cold will crack your pavements.

Inflation might also increase the current costs of the labor required to fix those issues. Plumbers seem outrageously expensive now, but how much more will they cost in 20 years? When settling on “your number” for retirement, it’s best to pad it with the expectation that living costs will go up.

How to Predict Maintenance Costs

It is recommended that you create a detailed budget for your future retirement spending. The NewRetirement Planner allows you to enter spending and how that spending will change in hundreds of different categories.

How to Predict Emergency Costs

How do you predict what you don’t know will happen?

It is not a trick question, but there are no easy answers. It is recommended that you:

Financial guru Suze Orman recently made headlines when she said savers should dump their traditional 401k plans and IRAs for Roth plans.

The key takeaway from her argument is that governments are borrowing so much money now that they will have to raise taxes in the future. That’s why Roth plans are better: you pay taxes on your contributions now, while taxes are low, and in the future when taxes are high, you get to keep all your money.

But there has been substantial pushback from professional financial planners who say Orman’s story is too simple. In the first place, there is no one-size-fits-all strategy for retirement savers. Roth accounts are generally better for younger people who are at the beginning of their careers and in a low tax bracket. Mid-career and late-career professionals earn more and can put more of their current earnings into savings with a traditional account.

On the other hand, the tax break traditional accounts get today may outweigh the costs of future taxes if you are in a substantially lower tax bracket after retirement. The tax savings today also allow more money to grow through compound interest. As Chris Chen, a financial adviser at Insight Financial Strategists told Marketwatch, “The name of the game is not to pay no taxes on distribution, but to minimize taxes over a lifetime.”

And there’s no guarantee that a future tax hike will come in the form of a punitive income or capital gains taxes on retirees. Older people will continue to make up a larger portion of the electorate as lifespans increase, and their political power will probably increase as a result. But as Ben Franklin said, the only two things certain in this world are death and taxes, so you better have a plan for both.

The NewRetirement Planner has – by far – the most sophisticated, detailed and reliable tax planning engine.

Don’t assume that Medicare will cover all your medical costs in retirement.

According Fidelity Investments, a 65-year old couple retiring in 2019 can expect to spend $285,000 in out of pocket health care and medical expenses throughout retirement.

Be sure to use the NewRetirement Planner to get a personalized estimate of your out-of-pocket medical costs using your zip code, the types of coverage you have and plan to have, your medical conditions, and more.

6. Retiring Sooner than You Expect

While that’s an admirable goal, the fact is that many seniors are unable to continue working past normal retirement age.

Surveys from the Employee Benefits Research Institute show that, since the economic downturn of 2008, about half of retirees left the workforce before they were ready. Some seniors are laid off from jobs they’d held for years; others have health problems that make working impossible. Even many “voluntary” retirements are actually pushed by companies offering early retirement packages or workplace cultures that are inhospitable to older workers.

Coronavirus may trigger a forced early retirement for even more people.

How to Plan for a Forced Retirement

Many retirees who find themselves in this position turn to “bridge employment,” a job that may be part-time and pay less, but helps bridge the gap between their last job and full-time retirement.

There are some great ideas here: 9 tips for surviving a job loss near retirement age.

How long you live is the biggest wildcard of all. You may think budgeting your money until your 100th birthday is fine – until your 101st birthday rolls around.

Life expectancy in the United States has soared from 70 years in 1971 to 79 years in 2020, and advances in medicine could keep those in their 40s and 50s today alive well into their 80s and 90s. Every year is an extra cost that must be planned for.

Average life expectancy for Americans dropped between 2015 and 2018, but the most recent data show that life expectancy is on the upswing again. Why? The biggest factor is a decline in cancer deaths by more than half since the early 1990s.

On average, a woman who is 65 today can expect to live to 80, but if the death rate from major diseases like cancer continues to fall the way it has over the last fifteen years, you may expect to live to 90 or beyond.

Most of the increase in life expectancy is due to better living habits. Smoking is not nearly as widespread as it was in the 20th century, people exercise more, and depending on their circumstances they are less likely to be obese. But a major breakthrough in medicine could push life expectancies much further. The COVID-19 pandemic has galvanized the medical community around the world and shown that increased cooperation can speed up the discovery of medical miracles.

The so-called “sandwich generation” – usually baby boomers – are people who are caring for their elderly parents while simultaneously financially supporting their adult children.

A study from AARP found that:

Providing this care can be costly, both in cash outlays, but also in lost wages.

How to Plan for Costs Associated With Other Family Members

Creating a detailed budget is perhaps the most important aspect of retirement planning. You want to know what money you will need and when.

The Budgeter in the NewRetirement Planner helps you think through costs associated with family members — and many other potentially overlooked retirement costs. 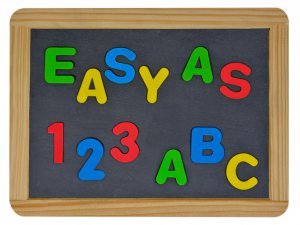 3 Easy Ways to Achieve Your 2018 Financial Resolutions: It’s Not Too Late! 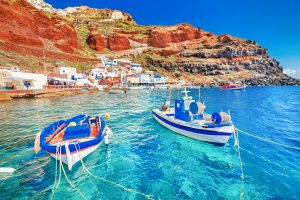 The Ulysses Strategy: 5 Tips for Taming Fear and Greed to Achieve Retirement Security 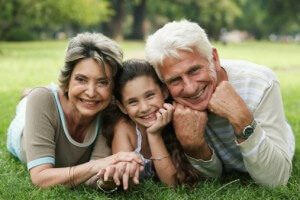