Log In
NewRetirement
/
Retirement Savings and Investments
/
Saving in the Nick of Time: A True Story of Starting Late and Successfully Saving for Retirement

Saving in the Nick of Time: A True Story of Starting Late and Successfully Saving for Retirement

It seems that time goes by faster as the years march ahead. For people who haven’t yet started saving for retirement, or who haven’t stayed committed to saving, the future can arrive even faster and a bit more unsteady. But fortunately, it’s almost never too late to get on the right track.

At LearnVest, retiree Julie Richardson* told writer, Penny Wren, her story of getting a late start with retirement saving. Hers was a bumpy ride, but she not only made up for some bad advice and lost time, she managed to retire a little early.

*Julie Richardson’s name has been changed.

A Conversation Switched on the Light Bulb

Julie had already experienced plenty of financial setbacks before the day at age 48 when she realized that she really wasn’t prepare to retire. She was a teacher, living paycheck-to-paycheck, and had shouldered a hefty financial burden through a custody battle for her daughter. That combined with other setbacks, such as cashing in stocks years earlier, left her in precarious financial shape.

In 2001, she and the man she was dating were on a hike one day when the conversation turned to retirement planning. He explained his strategy, which was impressive, and then he asked how she was planning.

That was when Julie realized she hadn’t really accomplished anything. That’s also when she decided to make up for lost time.

At one time, Julie saved toward retirement. But that was lost through legal battles and business deals, and she wasn’t sure where or how to start over. She explained that her conversation about retirement planning made her embarrassed about how little she knew. But then something changed that would affect her life then, and in the years to come.

Instead of staying in a mindset where she was afraid to save and invest, she started learning everything that she could. Julie found financial magazines and newspaper money columns great resources for the education she needed, and then put them to use.

Her first investment wasn’t large, but she did manage to open an IRA with her credit union, saving $100 a month. After that came her school’s 403(b) plan, saving $50 a month. $150 a month wasn’t moving her toward retirement anytime soon, though.

It didn’t take long for Julie to realize that no matter how determined she was to save, the money in her 403(b) wasn’t growing the way she’d hoped. She had bought into variable annuities that were available to teachers at her school, which saddled her with high fees and low returns, which were the opposite of what she needed.

When Julie tried to move her money to a better plan, she learned about the sky-high surrender fee. So she allowed that investment to sit, and moved on to different options. She found a lower fee 403(b) that invested her money in mutual funds, started contributing to it, and then eventually moved to a third 403(b) plan.

Although her contributions had grown substantially, from $150 a month to $1,300, she still had a difficult time managing her retirement savings and monitoring its growth. With her money so spread out, the best she could do was work on saving more and more.

From age 48, Julie managed to pay down debt, keep contributing to her savings, and secure a better job with higher pay – nearly double what she was earning when she started. With every bit of money saved, such as when she paid off her car, she had more to put into her retirement.

By the time 10 years had passed, in 2011, Julie had merged all of her retirement plans into one 403(b). She then moved that into a traditional IRA, just before retiring. And although there were surrender fees, having all of her money in one place was worth it.

That’s when her hard work really started to pay off. With everything in balanced index funds, she saw growth as high as 13 percent in one year. She now keeps her portfolio spread half and half between stocks and bonds, and it’s worth a bit less than $200,000. From the humble beginnings of $150 a month, she has made quite an achievement.

Julie’s is a story of determination, education, and dedication. At 48, many people are well into their retirement planning with a lot to show for it. But even though she started from nothing, that didn’t stop her from trying, nor from succeeding. She even managed to retire sooner than she believed possible.

How You Can Get Started Saving for Retirement?

Are you saving for retirement? It doesn’t matter if you’re 28, 48 or even 68.  Now is the right time to start. You can make up for lost time, and Julie is living proof of that.

NewRetirement has tools that can help you find out where you stand, what you’ll need to retire, and how to get there. Take the first step with our retirement calculator, and you can make the right choices for a secure future.  The calculator can represent one small step forward and may be just the “conversation” you need to plan a better future. 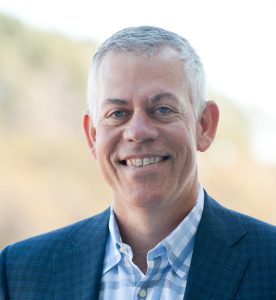 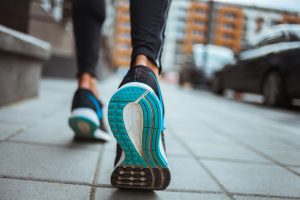 The American Heart Association Recommends 10,000 Steps a Day or About Five Miles of Walking 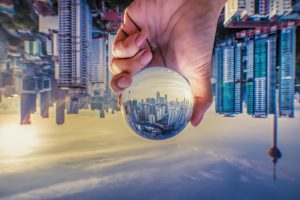 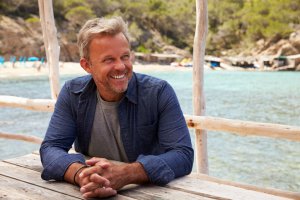 Top 5 Retirement Worries and How to Alleviate the Stress