Social Security 2017: What to Watch

Social Security 2017: You might want to keep your eye on the money.

While President Trump promised on the campaign trail that Social Security would not change if he achieved victory, many pundits are worried that this is one promise he will not be able to keep. 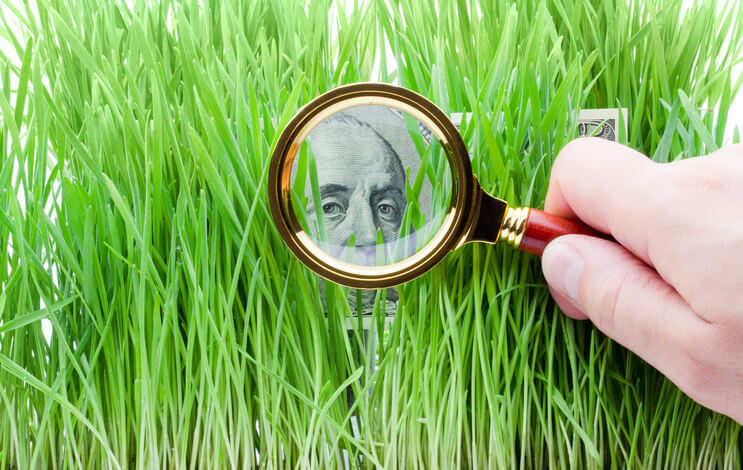 Most experts have assumed that Social Security would be able to sort itself out without any pain to current retirees.  However, the Trump Administration is proving to be surprising and unpredictable.   Trump’s pick for budget director is Mick Mulvaney who has long recommended significant changes to entitlement programs, including Social Security.

If you are eligible for benefits and/or concerned about the future of Social Security, here are a few things to watch this year:

Seniors to Rely on Social Security More Than Ever Before

People who are retired today will rely on Social Security more than ever before.

The Insured Retirement Institute’s latest report on baby boomers, found that 59% of boomers expect Social Security to be a “major source of their income during retirement.” That’s up 16% in just three years from 43% when surveyed in 2014.

Worried About Cuts to Social Security?  Did You Know Benefits Were Already Reduced?

Social Security reforms passed by Congress in 1983, mandated a reduction in Social Security benefits of 24% by 2050.  This cut is being accomplished by gradually raising the program’s full retirement from age 65-67.

Social Security Will Be Out of Money in 2034

Even with previous cuts to benefits, Social Security is still expected to run out of money.  The exact year that Social Security will run in the red shifts depending on federal income and expenditures.

Federal law prohibits Social Security from deficit-spending.  Legislative reform would be required before 2034 (or whenever the system starts to run in the red) in order to avoid an immediate 21% cut in benefits.

What Reforms Are Being Considered?

Changes that have been proposed include:

You Can Currently Change Your Mind if You Claimed Too Early

Not everyone knows this and the rules are tricky, but Mary Beth Franklin — a nationally recognized expert in Social Security claiming strategies, says that, “anyone can change their mind and withdraw their application for benefits within 12 months of first claiming. Although they must repay any benefits they have received, as well as any benefits collected on their earning record by a spouse or minor dependent child, it would allow them to collect a bigger benefit in the future.

“If they miss the 12-month window, they can wait until 66 to suspend their benefits. Although they would not be able to collect any benefits during the suspension period—and no family members such as a spouse or dependent child could collect any benefits on their earnings record during that time—they would be able to earn delayed retirement credits worth 8% per year up to age 70.”

Social Security is Needed by Poor and Wealthier Cohorts Alike

64.2 million people receive benefits from the Social Security Administration.  Of those beneficiaries who are retired, 64% of them receive at least half of their total income from Social Security.

Applying for Social  Security This Year?

Here is a guide to applying for benefits and the contact information you need:

Should You Update Your Retirement Plan for a Reduction in Social Security Benefits?

Financial advisors have yet to start widely advising clients to be wary of any reduction in benefits.

If  you are worried, you should:

In the mean time, if you want to see what happens if Social Security is reduced, you could reduce other income in the calculator by a comparable amount.

2. Consider Plan B Options:  No matter what happens to Social Security, it is a good idea to have a “Plan B” in place for the unexpected in retirement. Consider this list of what can possibly go wrong.

3. Maximize Your Social  Security Benefit: The longer you wait to start Social Security, the bigger your monthly check will be.  Use a break even Social Security calculator to figure out the best time to start benefits and see what impact this has on your overall retirement plan by inputting the data into the NewRetirement retirement calculator.

4. Have an Overall Retirement Plan:  While retirees today are probably overly dependent on Social Security benefits, there are a lot of options for achieving a secure retirement plan — regardless of Social Security.

The NewRetirement retirement calculator can help you discover opportunities.  Explore options like reducing expenses, tapping home equity or working a little bit longer and immediately see the impact on your current and future finances.  This tool was recently named a best retirement calculator by the American Association of Individual Investors (AAII).

Disclaimer: The content, calculators, and tools on NewRetirement.com are for informational and educational purposes only and are not investment advice. They apply financial concepts in a general manner and include hypotheticals based on information you provide. For retirement planning, you should consider other assets, income, and investments such as equity in a home or savings accounts in addition to your retirement savings in an IRA or qualified plan such as a 401(k). Among other things, NewRetirement provides you with a way to estimate your future retirement income needs and assess the impact of different scenarios on retirement income. NewRetirement Planner and PlannerPlus are tools that individuals can use on their own behalf to help think through their future plans, but should not be acted upon as a complete financial plan. We strongly recommend that you seek the advice of a financial services professional who has a fiduciary relationship with you before making any type of investment or significant financial decision. NewRetirement strives to keep its information and tools accurate and up to date. The information presented is based on objective analysis, but it may not be the same that you find on a particular financial institution, service provider or specific product's site. All content, tools, financial products, calculations, estimates, forecasts, comparison shopping products and services are presented without warranty.