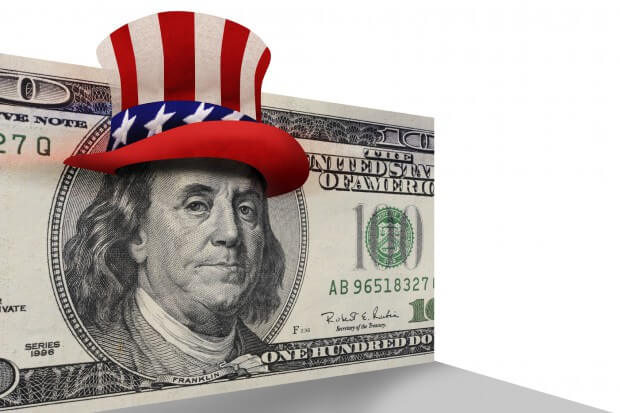 On July 4, an Arkansas woman celebrated her 116th birthday and was named the oldest confirmed living American. While that’s old by any standard, birthday girl Gertrude Weaver is actually the second-oldest person in the world—a sign of global longevity trends; we are living longer now than we ever have before… and paying for these long lives requires careful planning.

The good news is that planning for a long life just got a little easier. Gertrude’s birthday came just days after the Treasury issued rules amending required minimum distributions from 401(k)s and Individual Retirement Accounts (IRAs). You can now use funds from your 401(k) and IRAs to purchase a longevity annuity.

What is a longevity annuity?

Is a Lifetime Annuity Right for You?

What is the importance of the new Treasury rule?

“These annuities have previously been somewhat difficult to utilize because of the government’s required minimum distribution rules for IRAs,” says Mark Cortazzo, CFP, senior partner at New Jersey-based financial and retirement planning firm MACRO Consulting Group. “[The rule] made these annuities unappealing to people because while in deferral, they were still having to take taxable distributions on the assigned value of the annuity before they could access it,” says Cortazzo.

Until now, if you used money from a tax advantaged account like an IRA to buy a deferred annuity, you would need to begin taking the federally-required minimum distribution at age 70-½.

Annuities should be more appealing now

With the Treasury ruling, that has changed for qualifying longevity annuity contracts with premiums that don’t exceed the lesser of $125,000 or 25% of an employee’s retirement account balance on the day of purchase.

“That’s significant: from age 70 to age 85, if you had to take that extra money out every year, and every year the percentage you have to take out goes up, that’s tens of thousands of dollars of distributions—all taxable—you’re able to defer.”

Get an Instant Lifetime Annuity Estimate >>

Deferred annuities are a powerful tool for retirement planning

The rule change incentivizes purchasing this type of annuity, Cortazzo believes, because a “significant stumbling block” has been removed.

“It’s a strong statement from the federal government that people are going to need to provide more of their own ongoing lifetime income—and they’re changing their rules to encourage that type of behavior,” he says.

“All Americans deserve security in their later years and need effective tools to make the most of their hard-earned savings,” said J. Mark Iwry, Senior Advisor to the Secretary of the Treasury and Deputy Assistant Secretary for Retirement and Health Policy, in a statement about the ruling. “As boomers approach retirement and life expectancies increase, longevity income annuities can be an important option to help Americans plan for retirement and ensure they have a regular stream of income for as long as they live.”

Average life expectancy for people in the U.S. is hovering around age 80, and men and women who reach age 65 can expect to live another 20 years on average, according to the Social Security Administration. But when people talk about life expectancies in the 80s, that’s average—half of people die before or around that age, while a lot of people live longer, Cortazzo points out.

“When you’re building a portfolio for someone, they’re trying to live off of it and draw income for the rest of their life. But life spans are a variable you don’t know,” he says.

Having a longevity annuity that kicks in at age 85 and is guaranteed to last for the rest of someone’s life can allow that person to plan the rest of their portfolio for a finite period of time.

“You can plan up to 85, because then the longevity insurance kicks in. That’s a lot easier to solve for, rather than planning for an open-ended period,” says Cortazzo. “It could be 25 years [of retirement]… or it could be 40.”

Estimate your own deferred annuity right now with the NewRetirement Annuity Calculator.