NewRetirement
/
Family and Relationships
/
Average Inheritance: How Much Are Retirees Leaving to Heirs?

Many of us would like to leave behind something to our heirs. But first, we need to fund our own lives in retirement, and that can sometimes seem nearly impossible. This article explores average inheritance numbers. Do you expect to be above or below average?

Average Inheritance in the United States

Average Inheritance from People Who Use the NewRetirement Planner

In the NewRetirement retirement planner, you can set a goal for leaving behind an inheritance. For users who have opted to set a goal above $0 in this detailed tool, the range is wide.

NOTE: It is important to note that while the NewRetirement Planner is designed to be easy to use by all types of people, users of the tool tend to be wealthier than average – skewing the average inheritance numbers high.

The Federal Reserve reports data on average inheritance based on whether or not the household has a college degree. Those with a college education leave behind more than those without.

Average Inheritance by Age of Death

In a study by United Income, CEO Matt Fellowes looked at how retirees feel and how their spending levels change during retirement and found that:

While it appears that the “average” inheritance is between $100,000 and more than $1 million, these numbers can be incredibly misleading.

Because the very rich have so much more money than the middle and lower classes, the average inheritance numbers are incredibly lopsided.

When you break down average inheritance by the economic status of the household, the numbers look very different. According to analysis by Demos:

So, the wealthiest in the United States are able to leave behind very large inheritances and this skews the average numbers to be nowhere near average for the majority of retirees.

Leaving an Inheritance vs. Sharing Wealth While You Are Still Alive

Besides the vast differences between the very wealthy and the rest of us, there are other reasons why you might not be leaving behind an “average” inheritance.

Many households share their wealth with younger generations while they are still alive. Parents and grandparents pay for their offspring’s education, joint vacations, and even living expenses. Many households also help family members buy houses or cars and pay off debt.

And, multi generational living has increased dramatically. It was on the rise before the pandemic and increased through the crisis.

6 Tips for Inheritance and Your Retirement

1. Money is Not Everything

If you cannot afford to leave behind financial wealth (and even if you can), remember that inheritances can come in many different guises – your culture, values, sense of humor, and more.

Sharing your time and interests with your heirs is a meaningful inheritance.

2. Be Realistic and Understand Your Own Finances

In all aspects of life, there is what we want to do and there is what we can do. Leaving behind an inheritance or helping other family members while you are still alive is no exception – make sure you understand what is feasible.

It is very important that you are realistic about what you can afford. Creating and maintaining a detailed retirement plan can help you assess what is possible.

After you set up your account, the NewRetirement Planner lets you see exactly what your estate is projected to be. Even better, the system enables you to change any aspect of your plan and immediately see how it impacts your potential estate – as well as your cash flow, out of money age, and much more.

The NewRetirement Planner enables you set a goal for leaving an estate. You also have goals for funding retirement through your longevity using both optimistic and pessimistic assumptions.

You can update your progress against your goals at any time. Of the people who have set an estate goal with NewRetirement, 89% are currently on track to achieve their goal for leaving a financial legacy.

4. There is a Lot More to End of Life Planning than Leaving an Estate

You may have scrimped and saved so that you can leave something behind for your heirs.  However, there is a lot more you need to do to ensure that your end of life and after life wishes are fulfilled.

There are at least four documents that everyone must have.  Learn more in Estate Planning 101.

5. Use Caution if You Plan to Receive an Inheritance

Many retirees are hoping to receive an inheritance to help fund their life in retirement. However, as people live longer and health expenses go higher, more and more people are running through their financial resources – even their home equity.

So, if you are planning on an inheritance to fund your own retirement, you may want to assess whether your expectations are realistic or not.

In the NewRetirement Planner you can model what your finances look like with or without an anticipated inheritance. It is easy to see the impact of different lump-sum contributions at different periods of time.

Explore 7 ways to plan for an inheritance.

Different families and different cultures have varying expectations for inheritance.

However, most studies suggest that heirs would rather that their parents live a comfortable life in retirement over potentially receiving money upon their death.

No matter what might happen in your situation, it is a good idea to discuss various scenarios with your loved ones. 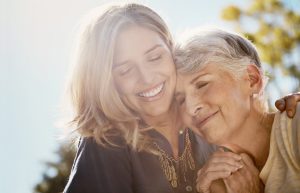 What Happens When You Inherit Money? 7 Ways to Prepare 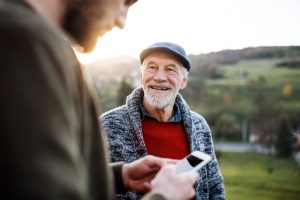 Family and Money: Tips for Discussing Finances and Retirement with Your Loved Ones 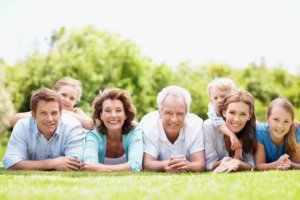 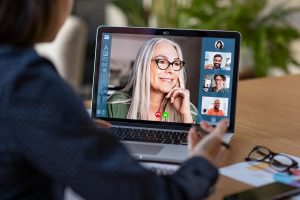 Estate Planning: 11 Documents You Need for Coronavirus and Always