7 Facts About Grandparenting from Leslie Stahl

Lesley Stahl knows a lot about many different things.  As a long time journalist, she has covered the Watergate scandal, President Reagan’s assassination attempt, the Gulf War, and many other historic events that have shaped our world.

However, of everything she has experienced in her life, becoming a grandmother is the event that she says really rocked her world.  She says that she was hit with a jolt of joy so intense and unexpected, she wanted to “investigate” it. 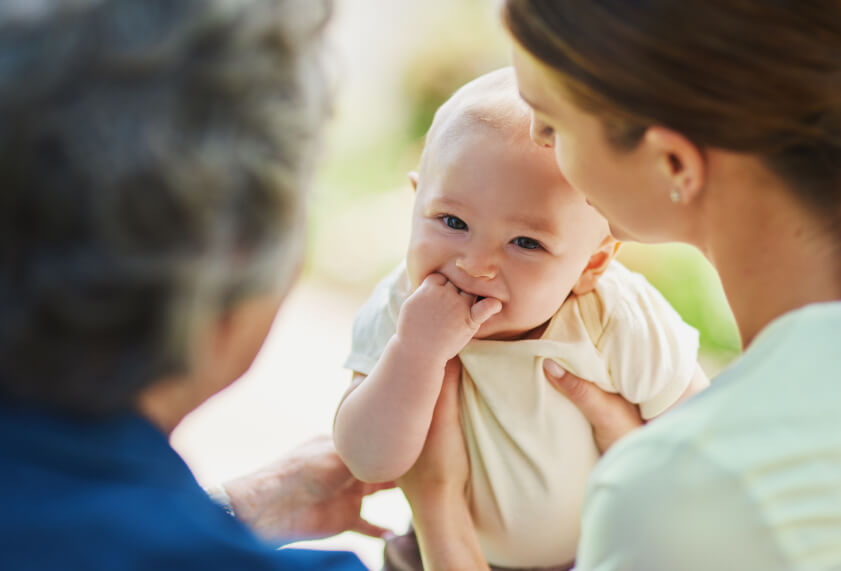 In her new book, “Becoming Grandma: The Joys and Science of the New Grandparenting,” Stahl combines personal experience and interviews with scientists, anthropologists, sociologists, and doctors to paint a compelling and new view on grandparenting.

Here are seven of the fascinating discoveries and trends that Stahl reports on in her book:

1. A Woman Is Different as a Grandparent Than She Was as a Mother

Speaking of herself and other grandparents, Stahl said, “We’re so different as grandparents. It’s night and day. As a parent you’re molding, grooming, teaching. And then as a grandparent, you find your only job is to love them.”

“What was that feeling I had? Well, I was stunned to discover and delighted that there are biological changes that go along when you’re a mother, but grandmothers have something similar. And it’s real. What you’re feeling is a change in your body. You’re being rewired to connect to this baby.” said Stahl.

In Parade Magazine, Stahl is quoted as saying: “When I was talking to sociologists it became clear that children need their grandmothers. They need them to survive and flourish and this is age-old. I realized we need grandchildren for our health, our mental health, and, in some cases, our intellectual health.”

And scientists agree.  Theories abound about the role grandparents have played in human evolution. In a scientific report, “Increased Longevity Evolves from Grandparenting,” Kristen Hawkes, the study’s author, says: “Grandmothering was the initial step toward making us who we are.”

Hawkes says that grandmothering helped us to develop “a whole array of social capacities that are then the foundation for the evolution of other distinctly human traits, including pair bonding, bigger brains, learning new skills and our tendency for cooperation.”

4. Technology Can Play a Big Role in Grandparenting

Many grandchildren live far away from their grandparents.  However, video calling can bridge that gap in wonderful ways and enable daily interactions.

And, in an interview, Stahl admits that she had to use an iPhone taped inside a hardcover book to get her granddaughters to sit still during the photoshoot for a cover shot for “Becoming Grandma.”

5. Grandparents Are Putting in the Hours and Helping Raise Children

“One in ten American children lives with a grandparent,” writes Stahl, “and a third of them count on their grandparents as their primary caretakers.”

Stahl told AARP: “We are often more involved with our grandchildren, spending more time with them, buying them things. A lot of us were working all the time when our kids were young. This is a second chance. Many grandmothers are happily taking “granny nanny” duty and loving it!”

6. Grandparents Spend a Lot of Money on Grandchildren

There are so many descriptions in the book of how grandparenting brings joy.