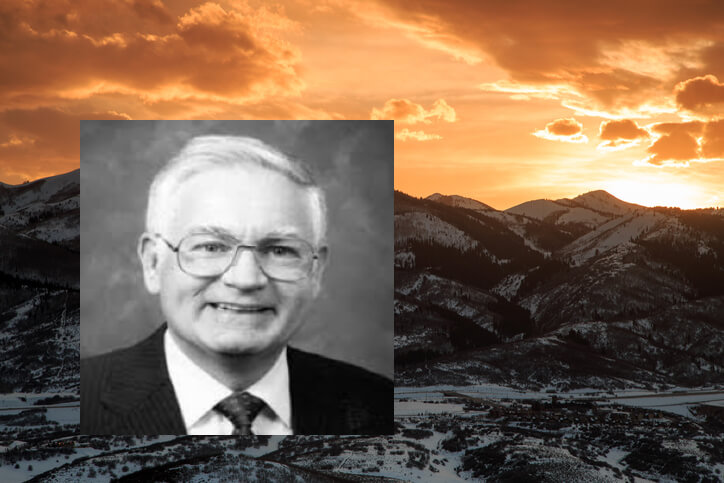 Bud was a graduate of the Massachusetts Institute of Technology, graduating with three degrees, numerous awards and several fellowships.  After graduation he began his career as an engineer at Boeing Aerospace Company and worked his way to becoming president of the division — leading it to be the most profitable part of the corporation with major accomplishments and innovations.

Bud held two patents and served on advisory committees to the U.S. Congress, Departments of Interior, Commerce, Energy and Defense.  He was also an economic advisor to the Washington State governor and a member of Washington’s Economic Development Council.  He served on the Board of Governors of MIT’s Sloan School and boards of University of Washington and the Defense Systems Management College.

After such an admirable, successful and distinguished career at Boeing, Bud “retired” at the age of 55.  However, he remained extremely active professionally.

He became an enthusiastic and tireless evangelist for personal finance and retirement planning education — developing free calculators and an advice column on www.AnalyzeNow.com and writing for many esteemed publications like the Wall Street Journal, MarketWatch, AAII and others.  He has been interviewed and quoted in almost every major financial outlet.

He was a clear unbiased voice around financial literacy and he helped millions of people plan for a more secure and wealthier retirement.

I first emailed Bud back in October of 2006 as we were launching NewRetirement. I had read about his work in the Wall Street Journal.  Surprisingly to me (but I’m sure not to the people who knew him), he emailed right back.  There are now 1,255 emails between us in my inbox spanning 10 years.  We talked on the phone several times and met once with his grandson Ryan in San Francisco just before Thanksgiving 2014.  Bud acted as an advisor and contributor to NewRetirement over several years and his clear unbiased voice has always inspired our own efforts.

What I came to learn about Bud was that he was a strikingly smart, generous and compassionate person who worked tirelessly to help other people when he clearly didn’t have a financial need or incentive.

Reading his full obituary gives a dazzling picture of his lifelong accomplishments. He notably remained active and entirely engaged in helping and leading others until the end.

Three weeks ago his grandson Blake notified me that Bud had suffered a heart attack. Blake told me that, “He [Bud] looks forward to writing soon.”  Given what I knew of him and how active he was, I had no doubt that Bud would be fine and back to writing articles, giving interviews and sharing his keen retirement insight again soon.

So, it was really a shock when Ryan let me know that he had passed away. I am sad that we never got to say goodbye.

Bud came to work on the problems around financial planning after being in charge of long term planning at Boeing for six years, then planning for his own retirement and comparing the tools and methods used by Financial Advisors (which were primitive at the time) to those they used inside of Boeing.  (This was in line with my own experiences — having spent my early career building decision support systems for Fortune 500 companies and wanting to apply the same technology and thinking to enhance the lives of regular people.)

Bud started building his own tools and writing articles to help people think through the big decisions they face around retirement. This led to questions and stories from his readers which reinforced his view that most people have a hard time balancing future potential needs with near term consumption.

Here are some of the big lessons and inspirations that I’ll take from Bud:

Balance: He seemed to have great work life balance – at least while I knew him.  He stayed engaged working on a big challenging and interesting problem (helping people figure out retirement) but made time to enjoy skiing and family.

Helping Other People: Bud wasn’t driven by money. He wanted financial security and he wanted to be efficient – but my impression is that once he achieved “enough” for his household and extended family he shifted his focus to working on things that helped other people since he felt that was a better use of his time.

Leverage: Bud leveraged his strengths & skills in a scalable way to help as many people as possible. He was the go to unbiased expert around retirement for several years since he had demonstrated his expertise through his writing, analysis and tools AND he had zero financial incentives around the work he was doing.

Mastery: Bud took the time to deeply understand esoteric issues around financial planning, Social Security, Medicare, pensions, taxes, investing, annuities and many other topics which he translated into helpful articles and tools that were used by millions of people.

He had a clear point of view and was a critical thinker – he had a strong belief in how to approach problems and solve them – he wasn’t shy in sharing what he liked or thought could use improvement in the spirit of making things better faster.

Maybe it actually does take a rocket scientist to figure out how to have a secure retirement.

Generosity: He was generous with his time and expertise. We got a number of questions from our users that I would ask him about and he wrote detailed responses typically overnight.  He gave us access to some of his tools for us to use on our site and provided feedback to us on the tools we have built.  He wrote articles for NewRetirement in addition to all the other writing he did.

Bud Hebeler, An Exemplary Retiree and Human Being

Bud embodied what we hope to help people achieve with their own retirements. He achieved financial security and carefully managed his retirement finances.  Perhaps more importantly, he was able to make the most of his “human capital” and do what he wanted with his life across family, friends and giving back.

He was a good example of how to live a full rich life and leave a lasting positive influence on the world.

He is survived by his wife, Mirriam Hebeler, his own two children Linda Underhill and Laura Hebeler and his step daughters Robin Chaffin and Tari Jensen as well as thirteen grandchildren. 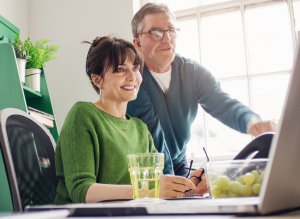 How to Make Money in Retirement: 14 Real and Really Easy Ways to Boost Income

Estate Taxes: Where You Live is a Big Factor for How Much Your Heirs Will Pay 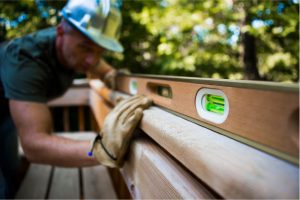 Social Security Leveling: What is It? Is it Better than a Traditional Pension Payout Option? 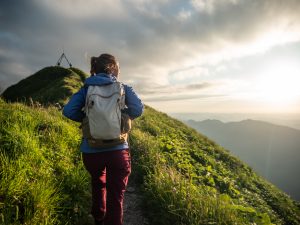 Stock Market Corrections, Crashes, and Bear Markets: What to Do When Your Investments Go Down?