Retirement Planning: 5 Ways to Make Sure Your Retirement Income Lasts as Long as You Do 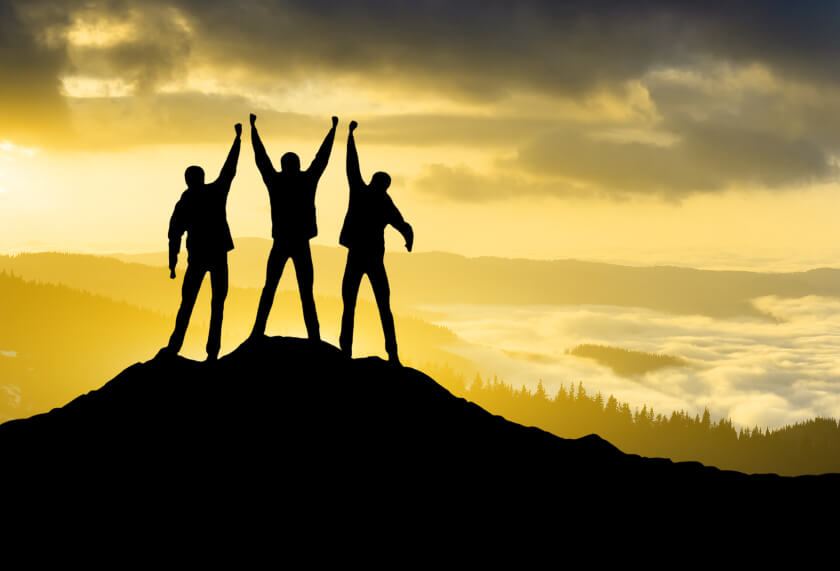 Whether retirement means kicking up your feet, pursuing a new career or enjoying a favorite hobby, there’s one looming concern most Americans share: running out of money.

A study from Allianz Life Insurance found that most Americans fear running out of money in retirement more than they fear death. Sixty-one percent of all respondents said they were more scared of outliving their assets than they were of dying, and that number climbed to 77% for those aged 44 to 49, and rose even higher to 82% for those in their late 40s who had dependents, the study finds.

But taking steps now to plan for retirement can go a long way in making sure you have funds to comfortably live out your golden years.

It’s one thing to acknowledge that planning for retirement is important, but where do you start?

Forty-nine percent of Americans are concerned about managing retirement income to meet retirement expenses, and 61% of pre-retirees don’t know how much of their retirement savings they expect to withdraw or spend annually during retirement, according to the 2014 Franklin Templeton Retirement Income Strategies and Expectations (RISE) survey.

That’s why the earlier you can set a spending goal for your retirement years the better, says El Dorado Hills, Calif.-based Scott Draper, a certified financial planner with Thrive Financial Planning.

“You’ll have more influence in making those goals happen if they’re established earlier on in the retirement planning process,” Draper says. “If you’re closer to retirement, that goal will be based on making sure you have an accurate assessment of what your resources are.”

Set a spending goal that is based on the resources you have, he says.

“Be realistic and inventory the assets you do have and set a spending goal within those restraints,” he says.  An online retirement calculator is a good way to start assessing your assets and setting goals.

2. Determine cost of living in retirement

While the amount one needs in retirement varies on a case by case basis, be prepared for both increases and decreases in spending during different phases of retirement, Draper says.

“Sometimes you go into retirement and might spend more initially because you’re excited and traveling more, doing home improvement projects,” he says. “And then you might settle in and spend less in your later years.”

And depending on your health care coverage, health care spending can also consume a big chunk of your retirement budget.

The average 65-year-old couple retiring this year will need $240,000 to cover future medical costs, according to Fidelity Investments. And that figure doesn’t include the high cost of long-term care.

“The general rule of thumb is to expect health care spending to grow at a rate greater than inflation,” he says.

Review your current expenses to determine what you will need to continue being able to afford in your later years, advises Kate Holmes, founder and principal at Las Vegas, Nevada-based Belmore Financial, LLC.

“Review all of your expenses and see if they still make sense,” Holmes says. “Will you stay in the same house? Drive the same car? Travel more? Spend more on a hobby?  Write it all down then add some wiggle room for the unexpected.”

And when calculating your retirement budget, make sure to estimate the inflation and deflation rate of your individual expenses, says Florida-based Joshua Sheats, certified financial planner and host of Radical Personal Finance.

“Some costs are likely to go up at a higher rate than others, for example food,” Sheats says. “Some costs will likely start high and then decrease with age, such as travel. Some costs will likely go up, then down, then up, such as health care. And some costs might just simply go down over time as technology improves. Look carefully at each category and factor in the expected rate of inflation as accurately as possible so that you can maximize your lifestyle throughout retirement.”

3. Decide when to take out Social Security

“People continue to live longer than they expect and the one source of guaranteed income we have is Social Security,” Holmes says, noting that it can become an important source of revenue in retirement.

If you have reached normal retirement age, which is 66 for people who were born between 1943 and 1959, you can access 100% of your Social Security benefits.

In addition to revenue you’ll generate through Social Security, it’s also important to determine what other financial tools might help you reach your retirement financial goals.

If you own your home or have paid down a substantial amount of your mortgage, you might be eligible for a reverse mortgage, Holmes says.

“Reverse mortgages are gaining in popularity and can be a very effective tool for retirement income,” she says.

A reverse mortgage is a loan that enables homeowners aged 62 or older to borrow against the equity in their home without having to sell the home, give up title, or take on a monthly mortgage payment. The home equity conversion mortgage (HECM) is the most common type of reverse mortgage, and is administered through a program under the U.S. Department of Housing and Urban Development.

Those who choose to receive money from a reverse mortgage as a line of credit can draw on the loan at the times and amounts of their choosing, subject to a first-year cap enforced by the government and other variables.

Other methods of receiving money from a reverse mortgage include term or tenure payments, or a lump sum.

Meet with a financial advisor

When planning for retirement, there is much to consider, and that’s why meeting with a financial planner is key to maximizing what income streams you will have in your later years.

“There is a lot to consider when planning that next stage of life,” Holmes says. “Like all big decisions, it can be invaluable to have a third party walk you through all the steps, ensure everything is covered, and help you clearly think through it all.”