NewRetirement
/
Lifestyle
/
Family and Relationships
/
Want to Pay for Your Grandchildren’s Education? Here’s How to Make it Happen

Want to Pay for Your Grandchildren’s Education? Here’s How to Make it Happen 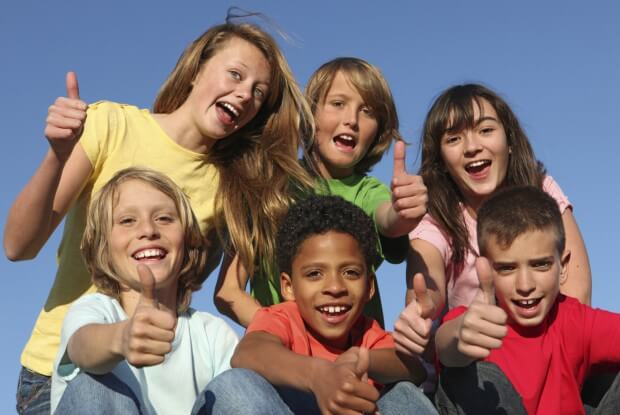 Nearly three-quarters of grandparents think it’s important to help their grandchildren pay for college, according to new research from Fidelity Investments, but the ability to financially contribute to college education requires planning ahead.

There are a few different ways to help grandchildren pay for college, ranging from earmarking holiday monetary gifts for education to footing all or most of the bill when the grandchild begins attending college.

“Contributions from grandparents—big or small—can add up over time and potentially open up a grandchild’s opportunities when making college decisions,” said Keith Bernhardt, vice president of college planning at Fidelity. “Ongoing communication between parents and grandparents can help when determining how to grow their savings, as well as how to best leverage those savings to pay for college when the time comes.”

About 53% of grandparents are saving or planning to start saving to help pay for college costs. Of these grandparents, respondents reported anticipating they’ll contribute a median $25,000 to the college education funds of all their grandchildren, while 35% expect to contribute $50,000 or more.

But contributing that kind of money—or even smaller sums on an ongoing basis—requires careful planning to make sure generosity doesn’t endanger the grandparent’s retirement security. Read on for four steps to make sure you have the ability to help pay for your grandchildren’s education.

1. Plan ahead and maintain retirement security

Retirement was named as the top financial worry for nearly six in 10 Americans in 2014, and a majority of Americans have reported some level of concern about whether they’ll have sufficient retirement savings every year since 2001, according to Gallup’s annual Economy and Personal Finance Survey. While a generous grandparent may want to help a grandchild pay for college, it’s important to make sure he or she has the financial resources to do so while still being able to enjoy a comfortable retirement.

Grandparents interested in financially contributing to education costs should consult with a financial planner to identify ways to help out. By planning ahead, grandparents will have greater ability to set aside money into designated savings accounts or investments that are earmarked for college costs.

Opening a college savings plan for a grandchild is one way to help pay for education costs, and there’s growing interest in 529 savings accounts, according to Fidelity’s business data. Fidelity has seen a 12% increase in the number of new retail 529 accounts opened by grandparents through the first four months of 2014 compared to the same period last year.

“One of the best ways to help a child financially while limiting your own tax liability is the use of 529 college plans,” Sam Davis, Partner/Financial Advisor with TBH Global Asset Management, said in a recent Investopedia article.

The 529 Savings Plan works similarly to other investment plans like 401(k)s and Individual Retirement Accounts (IRAs) as account contributions are invested into mutual funds and other investments, and earnings are based on market performance. Most plans also offer age-based investment options that skew more conservative once beneficiaries near college age.

Contributions into these plans are made with post-tax money and can be up to $14,000 a year—the maximum amount of money or other assets people can gift to others without being taxed under the Internal Revenue Code’s annual exclusion, according to the Internal Revenue Service. Withdrawals from the 529 accounts are not subject to federal income tax as long as they’re used for the designated beneficiary’s qualified educational expenses at an eligible institution of higher learning.

Rather than withdrawing money from a traditional IRA to help a grandchild pay for college, another option is for a grandparent to set up a custodial Roth IRA in a minor grandchild’s name. The grandparent controls the assets in that account until the grandchild reaches age 18 (or 21, depending on the state), and then the account is turned over to the beneficiary.

However, one catch is that grandparents are only able to contribute to custodial Roth IRA accounts if their grandchild has earned compensation in a calendar year, and the amount of the contribution cannot exceed the grandchild’s compensation, says certified financial planner Nicole Mayer, AIF, partner at Chicago-based firm RPG – Life Transition Specialists.

The Internal Revenue Service collects tax on gifts given to others, but the gift giver can avoid the tax if the amount of the gift is less than the annual exclusion of $14,000 for the calendar year. Let’s say a married couple has four grandchildren who are in college, and they want to provide their grandchildren with financial assistance. The grandparents can combine their annual exclusions and give up to $28,000 to each grandchild tax-free.

However, annual tuition costs may exceed $14,000 (or $28,000 in some cases), and there’s a gift tax exclusion under Section 2503(e) of the Internal Revenue Code beyond the $14,000 annual exclusion for tuition money paid directly to an educational institution on behalf of a student.

Keep in mind that the Section 2503(e) exclusion only applies to money paid for tuition, and not room and board or other living expenses. These tuition contributions could also impact the grandchild’s eligibility for need-based financial aid, so it’s important to discuss with family prior to making a payment directly to the school.

Can You Help Pay for Your Grandchild’s Education?

The ability to help pay for a grandchild’s college education typically comes from planning ahead. While many financial advisors might suggest other things to plan for first, often helping out grandkids is a very important part of retirement plans for grandparents.

Investing in your grandkids education is a great way to share your values and interests as well as creating a long lasting legacy. Get matched to a financial advisor for a FREE one on one consultation about your financial plans.